Welcome back to New Music Friday, except it’s not Friday because after just 4 short weeks I kind of messed up. I have a valid excuse though – well I chose sleep.

In my defence I had to wake up at 6:45 in order to make my way to my internship so instead this week it’s going to be new music Saturday.

This week, as like many weeks in the run up to Christmas we have been offered a platter of festivity, a couple of albums but not many and a seasoning of singles so I think we should just get into it. 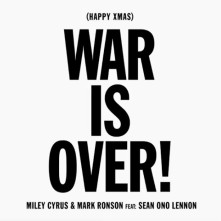 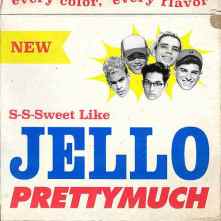 Ariana Grande is back this week giving ‘Thank you, next’ a I guess thank you, next (did you see what I did there?). In all seriousness she has released a new single called ‘Imagine’ this week and I would hate to imagine a world without Ariana Grande at the moment. Switching it up, Ariana takes a step back to reflect as she heads back to an R and infused pop sound similar to her early work. Vocally, she sounds on top form, she’s got whistle tones impressive enough to smash windows and I guess this song is another smash and rightfully so. She’s not here to play around.

I know that I’ve mentioned this next artist in the past 3 weeks (I can promise you I’m not a super fan) but Zayn’s solo sophomore album ‘Icarus Falls’ dropped yesterday and after a series of varying releases the album, from what I’ve heard, is mellow, laid back and surprisingly cohesive. ‘There You Are’ is on the new music playlist and whilst I think there are definitely better tracks than this off of the album it’s a punchy pop song with an almost cinematic energy providing an easy listen with pleasant vocals.

This year I’m surprised to say that I have barely heard any Christmas songs so far but it’s December 15th and what a better way to break this by listening to some new offerings. After recently releasing their hit single ‘Nothing Breaks Like a Heart’ Miley Cyrus and Mark Ronson have teamed up once again for a fresh take on a Christmas classic. ‘Happy Xmas (war is over)’ nicely shows off Miley’s vocals and isn’t a bad listen but is it better than the original I will let you decide.

Another Christmas song, this time an unexpected release from Former X Factor girl group Four of Diamonds. Their new single ‘Cozy Little Christmas’ sounds fitting for any huge family advert you see every time you turn on the TV and I mean every time. The feel good, upbeat festive track is undeniably catchy especially with the uplifting chorus that just makes you want to bop along. If you want to get into the Christmas spirit I think this is one of your best bets this week.

A short one this week so finally we have a funky new song from boy band PRETTYMUCH. Their new single ‘Jello’ is a funk infused pop/r and b piece revolving around, as you probably guessed by the title, Jello but I think we can be sure it’s not actually about the dessert. Cheeky. Sounds quite like a typical boy band track but not bad nevertheless.

Next week I should be back to releasing on Friday for the last one before Christmas. Thanks again for reading – I appreciate it and if you liked it check out the previous weeks and don’t forget to share.

So we’ve reached December, someone please tell me how we got here so fast I swear it was only just summer. I hadn’t really heard of anything that exciting that was being released this week and I was hoping that when it came today it would all be a great surprise. That was wishful thinking and I was wrong.

I’m not sure if I just missed the memo but did anyone else know that it was ‘Lets release a shoddy remix of our recent singles this week’- nope didn’t think you knew either but it was and I’m not here for it. 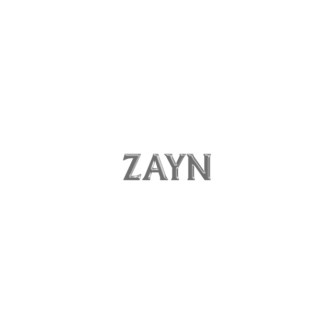 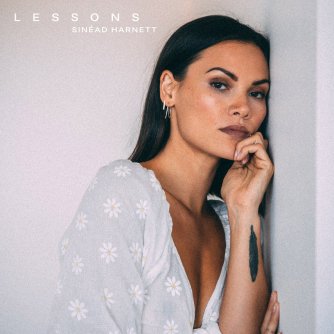 Starting off this week’s New Music Friday post we have a new song from Seeb and Bastille which is sitting nicely at the top of both Spotify’s and Apple Music’s playlists. The track is the typical Bastille sounding light pop rock euphoric instrumental with a dance imbue. Honestly it just sounds like everting I’ve heard from them before to the point I had actually thought this song was a re-release. Not terrible just predictable.

Despite already releasing a plethora of tracks from his album set to release this month Zayn has kept the ball rolling with his new single ‘Good Years’. At this point I have no prediction of what the overall sound of the album is as this track is completely different to all the previous releases. Not a bad one though, a light piano ballad as he heads back to his pop roots.

Benny Blanco, like Zayn, has also been churning out releases and today is no other. He released his first solo project ‘Friends Keep Secrets’ today after being impressed by 2 out of 3 of his offerings the overall EP disappoints me. I like ‘More/Diamond Ring’ which features TY Dollar $ign and 6Lack but even half of that song is messy auto tune. I expected more.

I’m just going to cut this week short because the disappointment is real. Last up we have a song I actually was excited to listen to but unfortunately this also disappointed. Sinead Harnett’s ‘Lessons’ isn’t awful and maybe the listening of the other boring tracks has affected my mood for this song but It just isn’t anything special and doesn’t really catch my attention. She sounds good and it might be nice to listen in the background when you’re tidying your room.

I’m so over this week and the releases I’ve listened to so thats it!
thanks for reading and thanks for all the support so far, see you next week.

Today is Friday and that means that yes it’s the start of the weekend but, even better, it means new music.

This is a new series on my blog that I hope to keep up weekly where I will listen to and round up some of the biggest songs out each week and give you my opinion on them which you can agree or disagree with. The music will be selected from a mixture of Apple Music and Spotify’s new music playlists and my opinions will be based off a first listen so are subject to change!

This week is my first week, and I think I chose a pretty good one to start with as some of the biggest artists have dropped new music today.

I guess this is the part where I start with the music talk…. 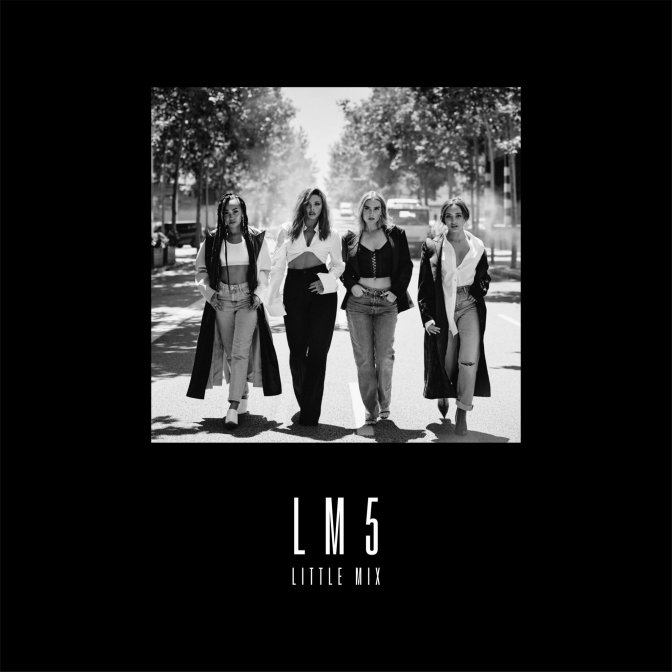 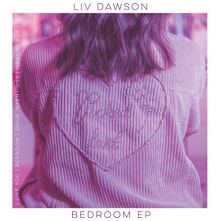 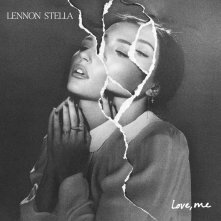 I feel that I couldn’t write this post and not include a track from Little Mix. They are one of the biggest girl groups in the world and today marks the release of their 5th studio album ‘LM5’. Of course they are seen at the top of Apple’s and Spotify’s promo charts along with various other album material. On Apple Music ‘The Cure’ is already a ‘hot song’ and I feel that this song is a little bit of pop perfection with a sorrowful and mellow verse leading into an explosive cinematic sounding chorus. With its uplifting and important message of pulling yourself out of a bad state I find that it does however have a very Taylor Swift familiarity too it- which in this case isn’t a bad thing. I gave the album a listen and for a pop audience I feel it’s a unique offering showing off their personality and adding a level of maturity and excitement.

There were some early releases this week and the first track that I’m going to start off with is Zayn’s new song featuring Nicki Minaj ‘No Candle No Love’. After his debut solo album left me pleasantly surprised however, I’ve found his recent return to music has been somewhat lack lustre. NCNL, was an unexpected duet rather than the typical one verse feature and whilst I don’t necessarily think it’s bad I also don’t think it’s particularly great. I feel like it sounds like a Major Lazer track rather than Zayn but I wouldn’t skip it if it came on in shuffle.

Next up is Normani, she released her new 6lack assisted ‘Waves’. After hearing her on Khalid’s ‘love lies’ I’ve had the highest hopes for her and since she has released music to show different sides to her artistry but I’m still left wanting that R and b vibe. Waves is a laid back slow jam with a variety of synths mixed with a booming bass for quite the harmonic duet. Again, I’m not overwhelmed with love for this one but I think it could be a grower.

Quite a few songs were dropped this week and ready for her new album ‘Pheonix’ next week Rita Ora dropped a buzz track called ‘Velvet Rope’. I quite like this soulful love song. After a stream of hits with her recent promo singles ‘Anywhere’ and ‘Let You Love Me’ this jess Gylnne-esque R and b slow jam provides a stripped back simplistic listen for a feel good and quite festive energy.

All over social media this week I’ve seen a lot of hype over the new Stefflon Don ‘Senseless Remix’ featuring Tory Lanez. Bringing all the tropical vibes I can’t help but think this song would’ve had better projections towards the end of summer rather than the start of winter; it’s quite a good listen, especially if you want to cling on to summer what seems like a distant memory. Tory Lanez neither adds a whole lot or takes anything away from the track but Stefflon Don’s energy on this track is infectious so give it a listen.

B Young, the one behind Jumanji and 079 me, released his follow up ‘Juice’ and honestly he can keep it. The repetitive lyrics sounds like a recycled beat from the vault with nothing new or interesting and it could’ve been from any of these sound cloud rappers.

19-year-old British singer/songwriter, Liv Dawson, offers a pleasant, easy listen with her new release ‘I Like You’. The moody, vocally intricate track laces her clean vocals with an acoustic, up tempo yet washed out electronic vibe. Overall an impressive offering which I feel could be a big hit.

Lastly, Lennon Stella, alongside her new EP ‘Love, me’ and following her mysteriously genius ‘Fortress’ and Smash hit featuring on Jonas blue’s ‘Polaroid’ alongside Liam Payne we now have ‘La Di Da’. The breakthrough star intrigues me with her unique, impressive vocal ability which is so distinctive. The fresh sounding drum heavy beat with periodic beat drops is accessorised with a rhythmic lyricism occasionally featuring airy harmonies. This is definitely one of my favourite songs of the week and I’m excited for her career.

That’s the end of week one, I hope you enjoyed it. Let me know what you think of this weeks tracks and if there are any songs you know are being released or want me to feature let me know!!!