When I started to look at the songs which were being released this week, I was unimpressed and thought it would be such a dry week but thanks to a lot of mid-week announcements and ‘surprise’ drops there’s a plethora of new music today. If i was you i’d grab a drink and some snacks for this one.

One thing that I do need to mention is the fact that I don’t get what this ‘let’s release a single on Wednesday or Thursday’ idea is and why it’s been used for the past three weeks. I just can’t wrap my head around this concept, like really how does this help an artist? 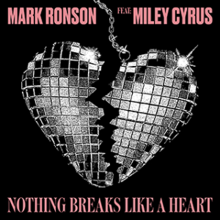 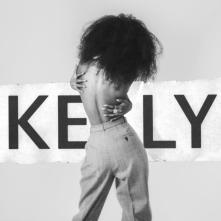 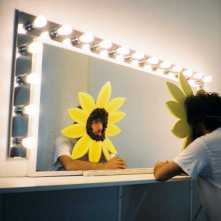 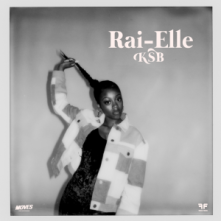 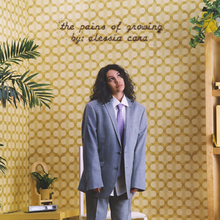 I feel that one of the biggest tracks released this week and one that twitter will be eager to scrutinise is the return of Miley Cyrus.  Her return comes in the form of a collaboration with the incredible Mark Ronson for ‘Nothing breaks like a heart’. This track wasn’t what I was expecting at all when this collaboration was announce nevertheless, I do think with all it’s uniqueness I kind of like the country and western film vibe. The chorus definitely impresses more than the verse – which notably remind me of Dolly Parton’s ‘Jolene’.

Another exciting return to music comes from the one and only Kelly Rowland. Yeah, we haven’t really heard from her in a while but she’s back with her new track ‘Kelly’. After a little bit of mess last week with the song being released then taken off streaming services she reassures us that Kelly has bands, Kelly has deals and that Kelly has class; you know what else Kelly has…. A SMASH! This trap alter ego is exciting, confident and she’s living her baddest life and I want to hear this everywhere. In my opinion this song is arguably one of the best releases of the week don’t @ me.

Next let’s talk about Clean Bandit, the British trio have release their new album today ‘What is Love?’. I always find their albums or albums similar from DJ’s or groups so interesting because they’re filled with features rather than just the same person throughout the whole project. First of all, I’m going to start with their song featuring Ellie Goulding ‘Mama’. This is the track that is on the new music Friday playlist but after the previous singles which actually banged such as ‘Rockabye’ and ‘Symphony’ I find this just misses the mark. It’s not a bad offering and Ellie does sound amazing but it’s just mediocre and a bit generic; I will probably listen to it I it comes on shuffle but I can’t say I’ll actively choose to listen.

On the topic of Clean Bandit, they are this week’s culprits of the early mid-week release after they released an unusual Charli XCX and Bhad Bhabie collaboration with ‘Playboy Style. First things I’m the realest, no jokes aside the first thing were doing is asking who in their right mind put Bhad Bhabie on this track and took away from all of Charli’s greatness. We’re just going to ignore that Bhad Bhabie 30 second verse and focus on the fact that clean bandit and Charli came through on this one. The track shows some impressive experimentation from Clean Bandit as they adopt a deeper, sexier R and B vibe which I’m totally here for and let’s just say that Charli lost the auto tune (not that I don’t think she’s great with it) and showed up to collect her bag and let you know she’s here.

Now onto one of the most popular ex boyband members ever- Zayn. After I was pleasantly surprised by his debut solo album the string of throw away singles he’s released for his soon to be release sophomore album have not been played more than once and even that ‘huge’ Nicki collab couldn’t save him. When I saw that he released his new single ‘Rainberry’ I was expecting the worst but he’s proved me wrong; the funky pop track which boats a jazzy electronic imbue blends the perfect level of experimentation whilst still sounding like him. I think this song vocally showcases his talent and introduces a new direction which he seems to be attempting to move into nicely. An overall pleasant offering which I think will become one of my favourite songs over the next week.

Following two great hits, Benny Blanco, has released his third solo single this week after spending years behind the scenes creating some of your favourite songs. ‘Better to lie’ features Jesse and Swae Lee and honestly the guitar heavy instrumental sounds like something off a Post Malone album but then it turns into a light pop rock track which id expect from a boy band. I wish Swae Lee’s contribution was longer than and that the song had a bit more substance considering ‘Eastside’ was a piece of pop perfection but you win some you lose some- not terrible just not all that exciting either.

So the viral cartoon we happen to call 6ix9ine released his delayed album ‘DUMMY BOY’ this week and even though I don’t rate it at all as an overall album I do think the Kanye West and Nicki Minaj assisted ‘MAMA’ isn’t half bad, has a catchy beat a decent verse from West and a nice push in my estimation thanks to Nicki’s verse and I don’t think that his own contribution is that bad on this song either- I hate to admit it but I think this is a bop.

Up and coming, former X Factor girl group, Four of Diamonds release yet another smash with their catchy sass fuelled ‘Blind’. Honestly this is the third impressive release in a row for the girls in which they’ve continue to prove they have what it takes to top the charts and be be the next big group. I like the fact they offer something different and hone in on an r and b edged pop vibe remaining completely mainstream but differentiating themselves from the likes of Little Mix to make them unique.

They aren’t the only former X Factor stars releasing music this week as 2017 quarter finalist, Rai Elle, has released her debut EP ‘KSB’. In my opinion she has the star quality to really make something of herself and I was gutted when she got the boot last year and her new single ‘All About U’ is an uplifting easy listen gospel infused soul track as she curates a solid offering. Do I think it will commercially do amazing, no but do I think it’s a pleasant listen yes for sure.

Lastly for this week’s extensive new music post we have a single from Alessia Cara ‘All We Know’. Before I get onto this song I really have been routing for Alessia, her first ever single ‘Here’ captivated that perfect moody, mysterious, society rejecting energy and her debut album was enjoyable but oh my god this comeback hasn’t been all that impressive. After a series of boring, stagnant and frankly middle of the road singles which I feel all personally missed the mark in some way (apart from ‘Trust my lonely’ which i low key love) she’s just done the exact same thing again. ‘All we know’ is uninteresting and substandard and whilst I can’t say she doesn’t sound angelic the song just feels like background noise and it’s great for that purpose but it sadly feels like such a long listen despite only being just over 3 minutes long.

Whilst I sit on this disappointment and hope for the rest of album to give me something fresh and vibrant, I hope you enjoyed reading this and have a good Friday!!!

Also I’ve decided to start a New Music Friday playlist which I’ll be updating weekly so you can see what I’m listening to and other new music which didn’t make the blog’s cut.

Catch you at the same time, same place next week.